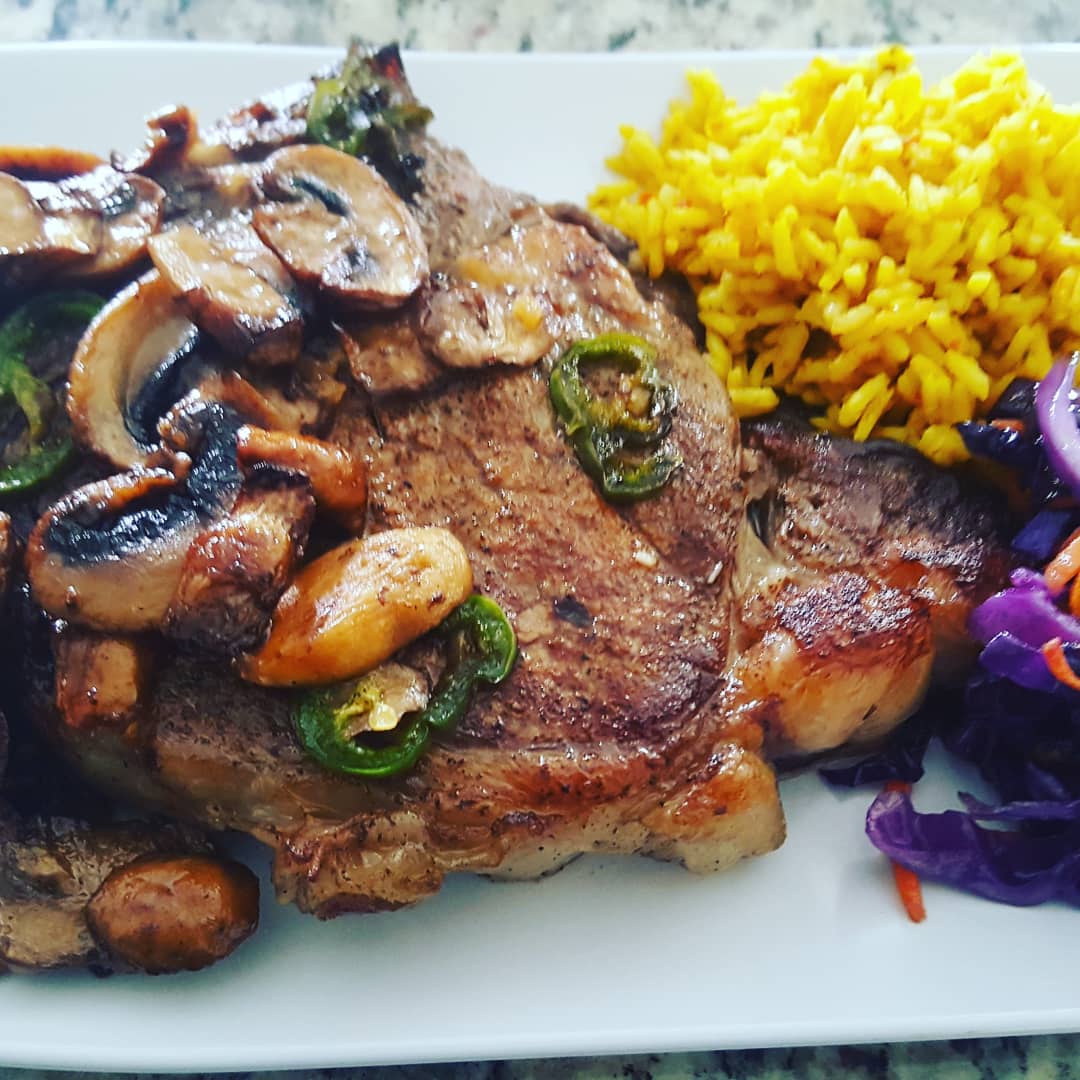 About the cook: I'm recently retiring from the military in June after 20yrs of service. I'm the husband of the beautiful Tenika Mobley and proud father of six children. I've been cooking since I was about 11 or 12 years of age. Raise by my grandparents I've learned a lot. Traveling around the world has also caveat on to those experiences. Now one thing that I learned is that food is the universal language that everyone speaks no matter what religion, race, or creed. For me it's all of those things and more as well as a stress reliever. My over all goal is to have my own food truck one day and move forward from there leaving behind a legacy for which my children's children can benefit from.

About the dish: Ribeye Steak with coconut infused garlic oil and mushrooms & jalapeno. Served with a side of pan fried purple cabbage & carrots followed by homemade yellow rice.

Place skillet on high heat for 5 minutes
1. Mince garlic cloves and into coconut
oil heat at med high until fused.
2. Season both sides of steak with salt, pepper, and garlic infused coconut oil.
3. Sear the steak for 30 seconds on each side.
4. Turn on oven to broil at high temp
5. Add mushrooms and sliced jalapeno peppers mixed in two tbsp of infused oil.
6. Carefully put skillet below broiler for 2 minutes.
7.Flip and broil another 2 minutes.
8.At this point your steak will be medium rare, if you prefer your steak medium.
(Optional)
9. Add another 2 minutes to the oven broil time per side.
Take the steak out of the oven transfer to and resting plate, cover it loosely and let sit for about 5 minutes.