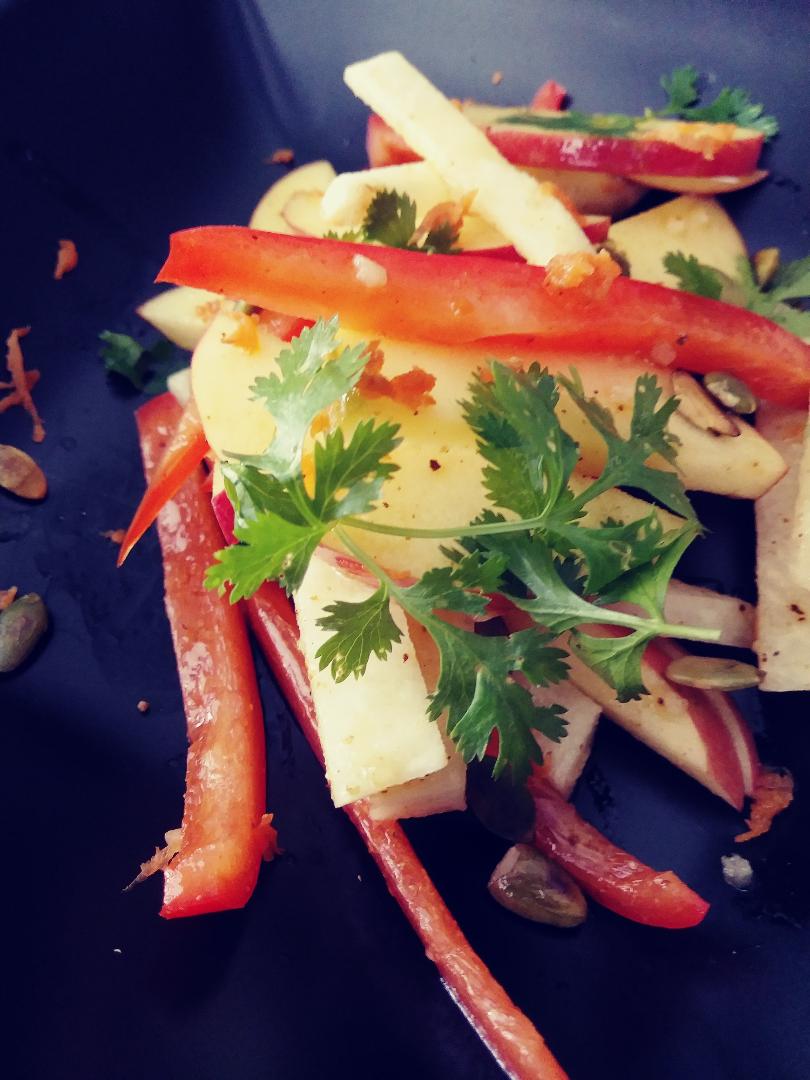 About the cook: Chef Jae Gruber joined Le Cordon Bleu College of Culinary Arts, Atlanta in 2004. During her role as a Chef Instructor, Chef Gruber instructed more than ten different classes in culinary technique and general education. She served as a member of the Academic Leadership Team and has served as Interim Director of Education. Jae was previously the host for the Le Cordon Bleu Atlanta Radio Show and later, her own culinary talk radio show. She contributed articles to Le Cordon Bleu publications, has had recipes published in Dine Out Atlanta and Lisa Boalt Richardson’s Book, The World in your Tea Cup, and she has also had a stint as an online syndicated food columnist.

About the dish: This dish was created when I had unexpected guests and wanted to prepare a quick dinner side dish with items that I had around the house. It is a refreshing, tangy slaw, perfect for a summer barbeque, a light lunch, or a dinner side dish that pairs well with pork, chicken, beef, fish or shellfish.

Prepare all vegetables. Spread pumpkin seeds on a sheet pan and roast in a 400 degree oven for approximately 10 minutes until lightly toasted. Prepare vinaigrette In a medium size bowl whisk together the first eleven ingredients. Slowly drizzle in olive oil, then vegetable oil while whisking. A food processor may also be used; in this case, add the first 11 ingredients to the processor bowl with standard blade and pulse. Then slowly drizzle oils through the feeder tube while the processor is running. Toss vinaigrette with prepared vegetables. Refrigerate until ready to serve. Just before serving, sprinkle the pumpkin seeds on the slaw and garnish with cilantro leaves.