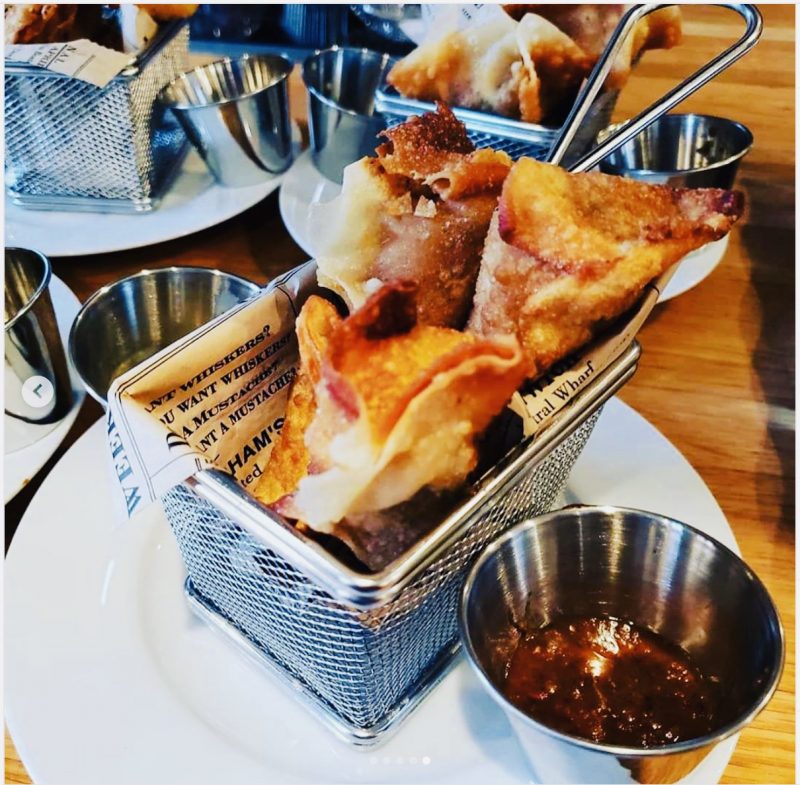 About the cook: An attorney by trade, I am a home cook and one half of team Nola Nights, a competitive cooking team that has placed in the top 10 in 2017 and 2018 at the World Food Championships and reigned victorious at Culinary Fight Club Chicago and New Orleans.

About the dish: Crawfish and andouille jalapeño cornbread dressing stuffed in a deep fried wonton

On medium heat, cook white onion, celery, and bell pepper (often referred to as the holy trinity) in a large deep skillet or Dutch oven until veggies brown and become aromatic. (I usually use a cast iron dutch oven).
Add sausage cubes to mix and once incorporated add jalapeño cornbread to the skillet or Dutch oven.
Begin adding the 2 cups of seafood stock to the skillet or Dutch oven. Add Cajun seasoning to taste.
In a separate skillet saute the crawfish (or shrimp) for a few minutes…seafood cooks quickly so don’t overdo it. Season with Cajun seasoning to taste. Then incorporate crawfish or shrimp into the cornbread dressing mixture. Remove from heat and let cool for about 5 minutes.
Prep deep skillet or Dutch oven with cooking oil for frying.
Begin stuffing wonton wrapper with crawfish and andouille cornbread dressing mixture. Use water to seal wonton wrappers. (I generally use the pyramid method for folding wontons because it allows for the most stuffing. Use your finger to put a dab of water around the edges of the wonton and then bring the corners of the wonton wrapper together. Voila.
Once cooking oil is ready, begin frying the wontons until golden brown. Ready serve.