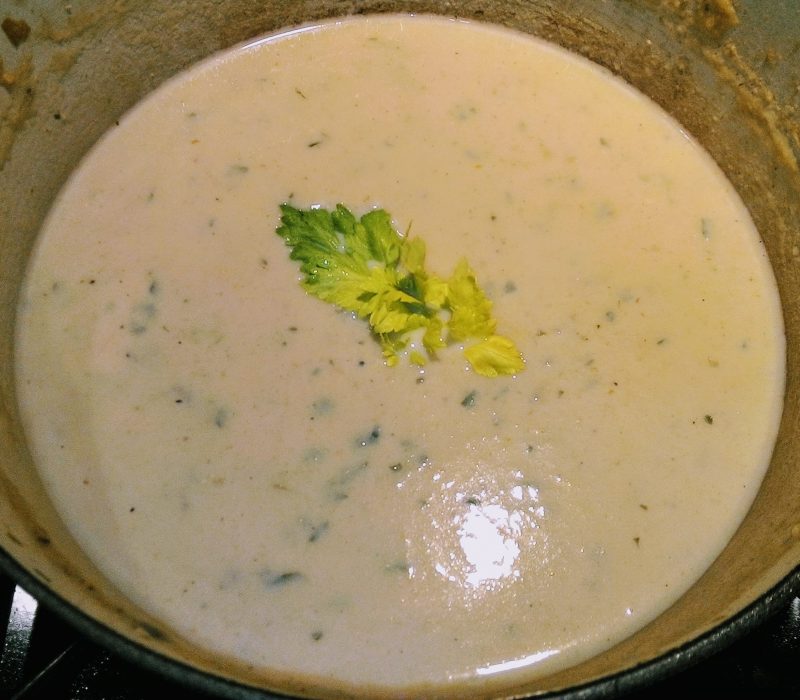 About the cook: I've been an enthusiastic home cook for over 40 years! My first creations were in my Easy Bake Oven, then I graduated to making scrambled eggs and toast, at eight years old. Before long, I was making pot roasts, seafood dishes, and Duck a l'Orange. Exploring foods from around the world has also been exciting, as has putting my own touches to dishes, and coming up with my own special creations.

About the dish: When I married my Czech hubby, I was introduced to some new foods. One of which was celery root (aka celeriac). This is a rather ugly looking root vegetable, but the flavor is delightful! I came up with this fairly light soup that includes both celery root and celery stalks. The root helps thicken the soup so that I need only use milk to give it creaminess. For me, it's the ultimate in comfort food, and yet it can be a rather elegant start to many nice meals.

In a medium-size pot, melt butter. Add celery, celeriac and onion. Saute until light golden brown. Then add broth. Simmer, covered, for 25 minutes or until the celeriac is tender.

Add optional chopped parsley (or lovage) to pot and let soup cool a bit. Puree soup in pot with hand blender/wand or in regular blender (working in batches and then returning to the pot). The blended soup base will be thick.

Add about 1 1/2 cups milk, and salt and pepper the soup to taste. Slowly reheat soup to just a simmer, and then serve in soup bowls topped with some croutons and chopped celery leaves.